Or at least, a flimsy. 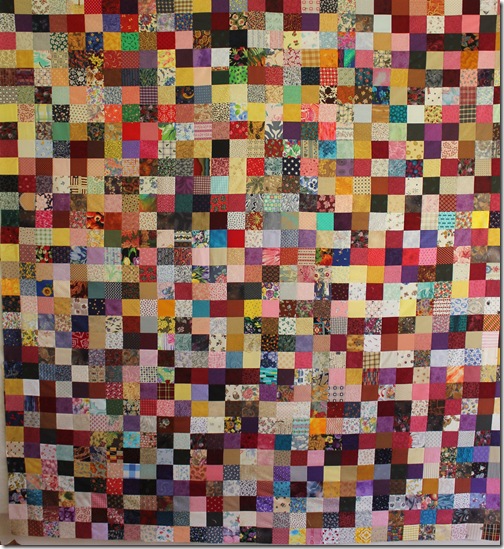 Were you one of those collectors like me who, wayyyyy back in 1999 collected a million squares from all over the world?  Were you planning on making a millennium quilt, so we could have something for posterity to mark the occasion?

Were you like me, in 2012, still with a box of squares you just didn’t know what to do with?

I had a box like that.  Filled with 3” squares, which at the time seemed like a good size to swap.  But three inch squares aren’t a good size to work with, at least so I’ve found.  I’ve pulled that box out year after year waiting for the inspiration to hit me, and nothing ever did.  I know I could have made about a million half square triangles, but the thought of trimming them all just did me in.

So this year, I decided – that’s IT!!  The little buggers are just going to be sewn into one huge postage stamp quilt.

And here it is.

It’s not my best work, though I did try very hard to make my points match.  But I like the overall look of it, and it sure screams scrappy.  Which is the aim.

I began by sewing squares together to form a rectangle: 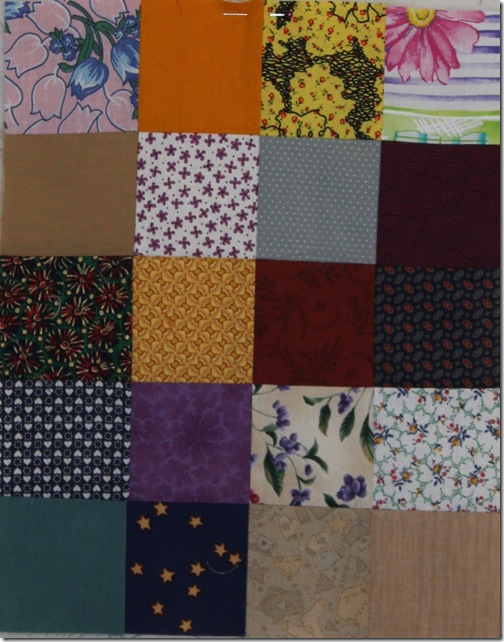 Then when I had made all my rectangles, I sewed them together into a width that was ‘long enough’.

That was about six or so units.  I’ve lost count.  Oh, to be organised. 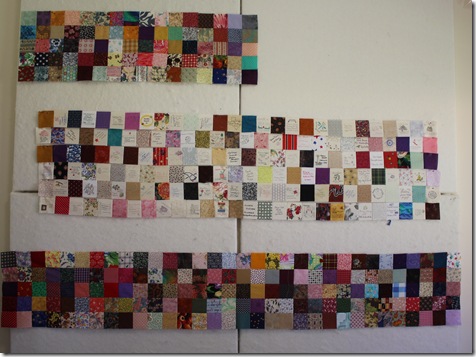 Then I had the problem of what to do with all the signature squares.  I could have randomly placed them throughout the top of the quilt but that idea only came to me after I’d sewn most of my rows together.  So I pieced them in with some left over squares and I decided I would use them on the back. 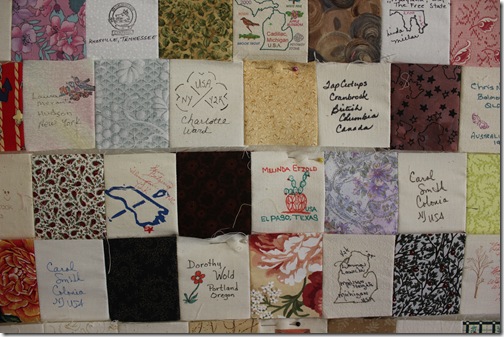 Do you recognise your name? 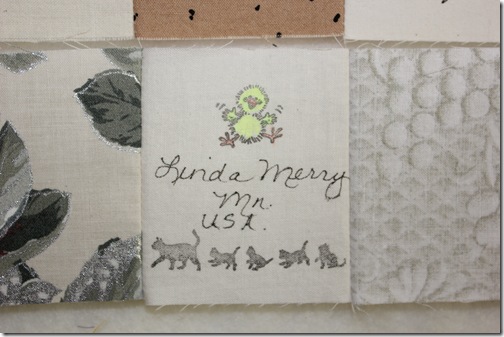 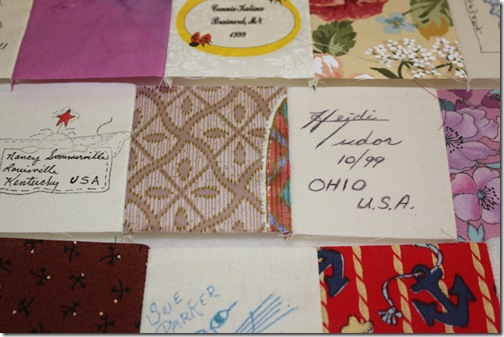 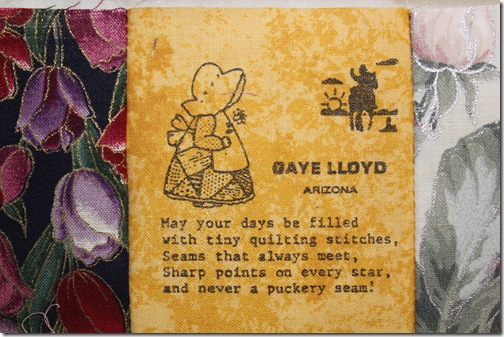 I often wonder where the lives of these ladies have taken them in the last thirteen years.

So that’s it.  Another flimsy bites the dust.  Another box out of the cupboard and stitched together. 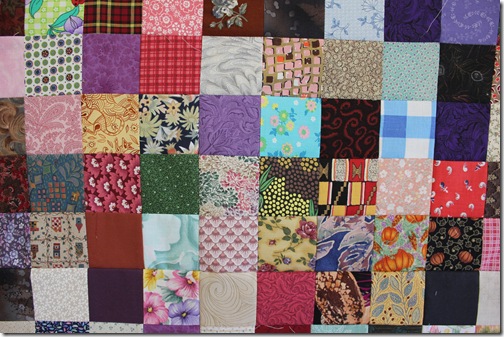 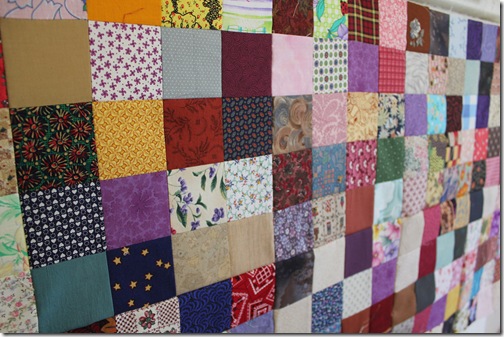 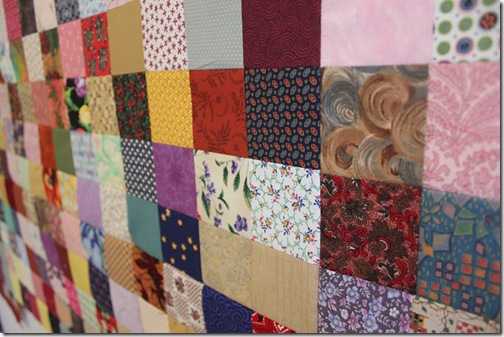 Posted by Silly Goose at 11:21 5 comments: Links to this post

Email ThisBlogThis!Share to TwitterShare to FacebookShare to Pinterest
Labels: flimsies, show and tell

That seemed to work okay.  Links all work, colours look good.  Brand new header made by yours truly.  Clever clogs.

Of course the washing’s not done, the folding is towering over me – but I’m happy with my little blog overhaul so far.

Posted by Silly Goose at 19:29 3 comments: Links to this post

I could explain why it’s been nearly a month since I last posted, but to be honest – I’m sure you’ve heard it all before.  In a nutshell, life with all its twists and turns twisted and turned a little bit quickly for me, and this lovely blog got neglected.

But I’ve missed it, and whilst I’ve been away from it, I’ve been getting lots of ideas that I hope to see work themselves out on here.  Hopefully a facelift for the old girl, some new quilts I’ve made that I’m happy to share instructions with, and lots and lots of photos.  Because though I’ve been a bad blogger, I’ve been a truly excellent photographer and have lots to share with you.

Though for now, life is still a little twisty and turny, so it’ll be a few more days before I’m back in the swing.  I hope you are all well and being very creative in your spare time.  I’ve been squishing a little bit of sewing in around all the hectic, and I’ll show you that very soon.

See you soon, my lovelies.

Posted by Silly Goose at 13:32 4 comments: Links to this post

Still without a laptop…

And it’s not looking good, internet.

I think I am genuinely toxic towards computers/technology at the moment.  I’ve posted various drafts of posts from the desktop and yet they are not showing up.

I’m not having much FUN right now.

So I’ll keep trying to post, and maybe this one will work.  But no photos today.

Posted by Silly Goose at 23:39 No comments: Links to this post

Email ThisBlogThis!Share to TwitterShare to FacebookShare to Pinterest
Labels: show and tell

I went to a wedding down by the river the other day.  It was the first wedding I had been to in a long time and we were delighted to be invited.

It’s quite the in thing to avoid churches and have a very simple, very pared back wedding.  This wedding was held at an old station (in Australia our farms, for want of a better word, are called stations) that was one of the first properties in European settlement around here.  The property sports a large country home, lots and lots of acres to run sheep on, and of course – the woolshed.

A wool shed is the place where the sheep are shorn.  They march them up a ramp, the shearers do their work, take the fleece off and the sheep are marched out the other side, naked.

As time has gone on, the nature of this station has changed.  It’s more difficult to run sheep here nowadays, and in this case they have made way for tourism.  Now, the woolshed has been converted into a micro brewery and instead of sheep being shorn, we are offered home brewed beer.  I’m not a beer lover but I was told it was delicious.  And it was a hot day, so much beer was consumed.

But when I walked into this woolshed, despite all the years it has been since it was used for stock, it still smells like sheep – lanolin and dust and fleece.

The wedding was held overlooking the river: 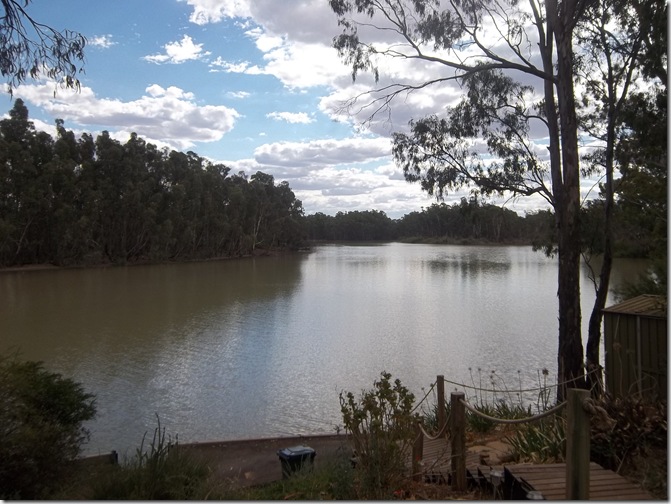 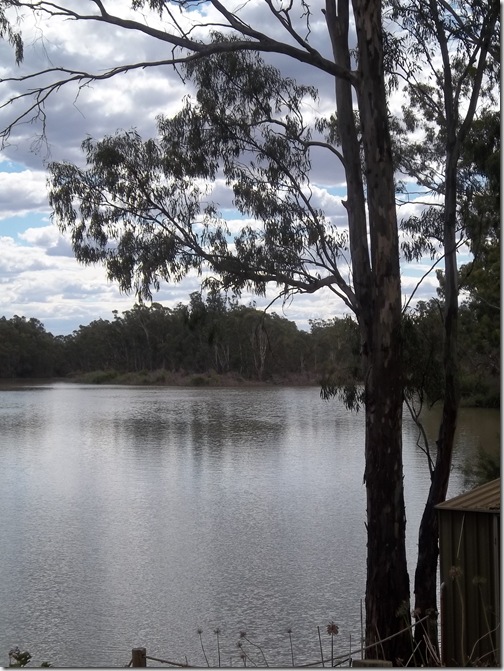 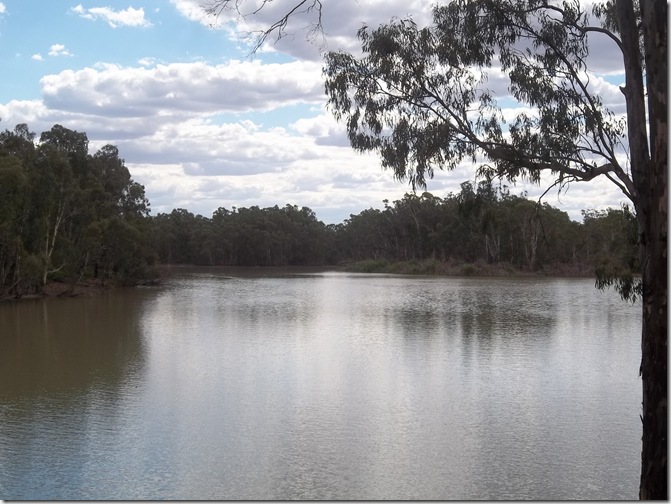 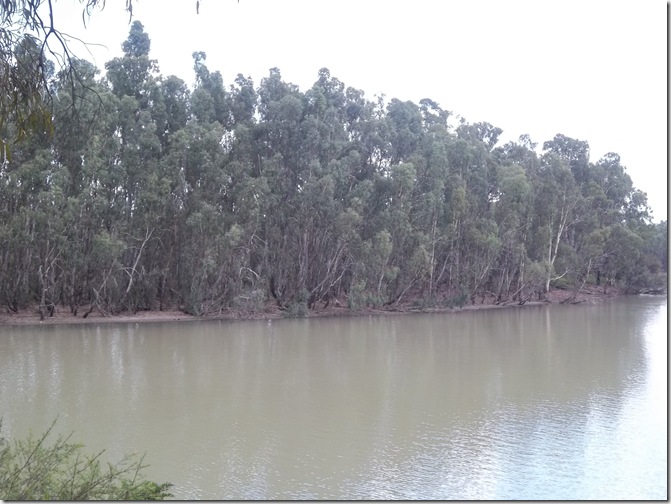 The bride carried a very simple bouquet of native flowers, and we listened to them take their vows, with a backdrop of birds chirping and fish jumping in the river.

Some show and tell 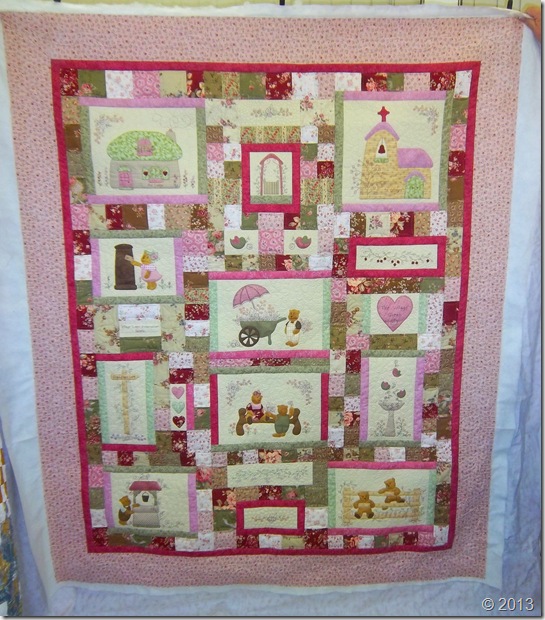 I can’t lay claim to this divine quilt.  Believe it or not, this is one of the first quilts that this particular member of our quilt group has made.  It’s all blanket stitched in single thread, and all the embroidery is just picture perfect.

My mother quilted it.  Her quilting has turned into quite the industry for her.  Everyone asks me when I will take it up but why should I, when I have her to do it for me!  But seriously, it’s not my cup of tea at the moment and I doubt I’d have the patience to do anyone else’s designs.  Patience is not my virtue at the moment.

Here are some close-ups: 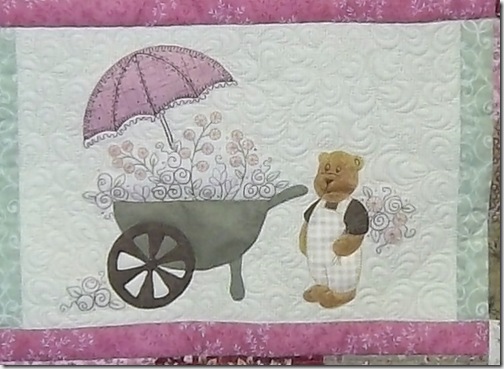 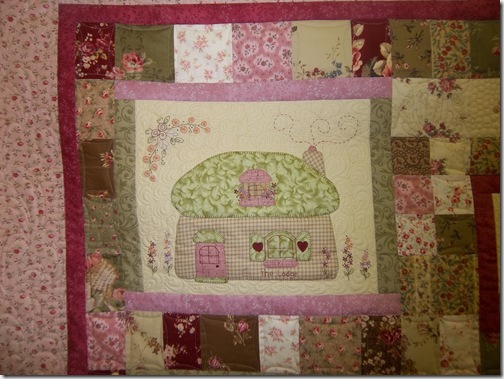 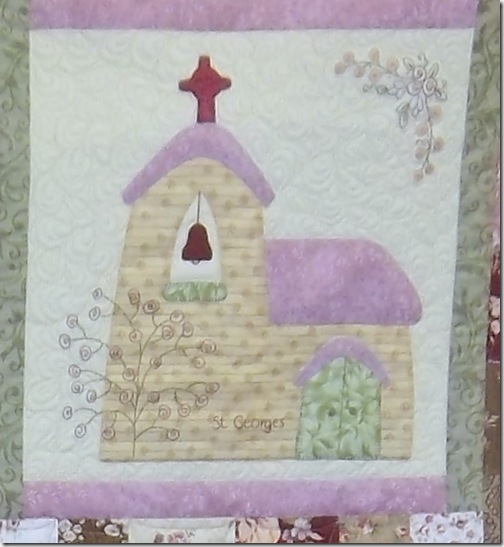 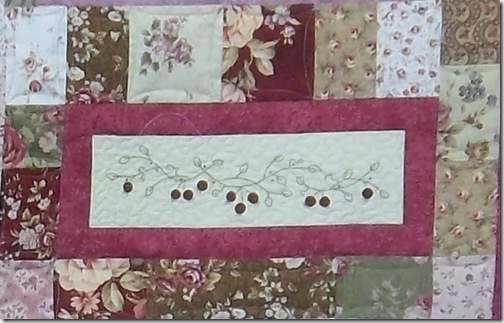 It’s amazing how washed out a camera can make things.  This was taken with my little one which really doesn’t work brilliantly at night.  All those colours do actually go together when they are in the quilt – it’s just my photography making it look not so good.  If I’d taken my big camera, I think I’d be much happier.  But it’s such a heavy piece of equipment.

It was a lovely quilt, very very girly but very pretty.  A real joy to see.

Posted by Silly Goose at 09:56 4 comments: Links to this post